The Zergling is a mount in Heroes of the Storm. It is purchasable by players for 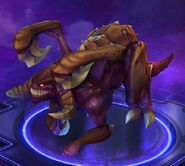 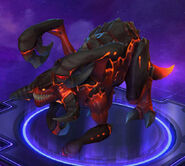 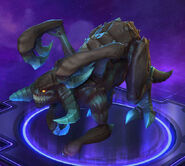 Kaldir
Add a photo to this gallery

Zerglings appeared in the February, 2012 build of Blizzard DotA.[1] A zergling mount was later considered for Kerrigan.[2] Kerrigan can currently summon zerglings through talents.

The zergling is a unit from the StarCraft setting.

Retrieved from "https://heroesofthestorm.fandom.com/wiki/Zergling?oldid=50366"
Community content is available under CC-BY-SA unless otherwise noted.