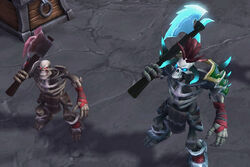 Skeletons are found in the underground section of the Haunted Mines battleground. They are easy to kill, and drop skulls, which are needed to summon grave golems.

They are also found as mobs in Blackheart's Bay as Doubloon Pirates, where they drop two doubloons per mob. These camps take 90 seconds to respawn.

Skeleton pirates originally served as placeholders in the Haunted Mines.[1] 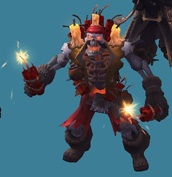 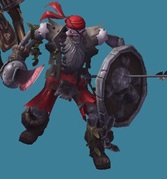 Doubloon Pirate (pistols)
Add a photo to this gallery

Retrieved from "https://heroesofthestorm.fandom.com/wiki/Skeleton?oldid=39724"
Community content is available under CC-BY-SA unless otherwise noted.