Silver City was originally a Heroes Brawl that ran from December 30, 2016 to January 6, 2017. It was designed to commemorate the 20th anniversary of the Diablo series and was based on the Battlefield of Eternity/Infernal Shrines tilesets. 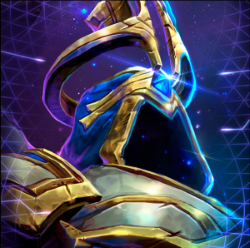 Retrieved from "https://heroesofthestorm.fandom.com/wiki/Silver_City?oldid=41115"
Community content is available under CC-BY-SA unless otherwise noted.