Activate to enter Siege Mode. While in Siege Mode, Basic Attacks deal 20% more damage, have 100% increased range, and deal 25% of their damage as splash damage around the target. 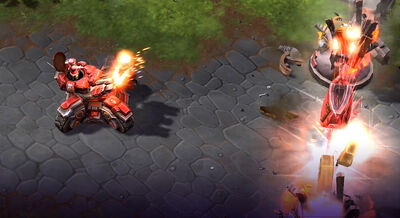 Retrieved from "https://heroesofthestorm.fandom.com/wiki/Siege_Mode?oldid=49953"
Community content is available under CC-BY-SA unless otherwise noted.