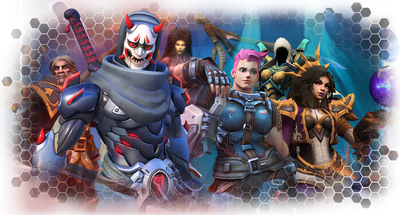 The Nexus Challenge starts November 15, 2016 and lasts until January 4, 2017. Players and their friends will be able to unlock an epic set of in-game loot in both Heroes of the Storm and Overwatch just by playing Heroes together.

Play at least 15 Heroes of the Storm games in Co-op vs. AI, Quick Match, Unranked Draft, or Ranked Play modes

Retrieved from "https://heroesofthestorm.fandom.com/wiki/Nexus_Challenge?oldid=44628"
Community content is available under CC-BY-SA unless otherwise noted.