Nexomania II is an event in Heroes of the Storm running from the week of June 23 to week of September 7, 2020. It is a sequel to the Nexomania event in 2018.

One of the most prestigious stops on the Nexomania circuit is the Intermultiversal Nexoweight Championship: No rules, no mercy, just nonstop, bicep-busting carnage. This time, many fans expected Mal’gaucho Mal'Ganis to win it all. The Swingin’ Scourge of Stratholme tore a bloody path through his side of the bracket, burying opponents beneath a deluge of demonic blows. But on the other side of the bracket, a mysterious upstart known only as La Gata de Batalla has proven herself a worthy challenger, defeating foes many times her size en route to the championship match. The arena is packed, with Nexomania legend MC Tombstone roaring away on the mic, and the final battle is about to begin. Whose side are you on? 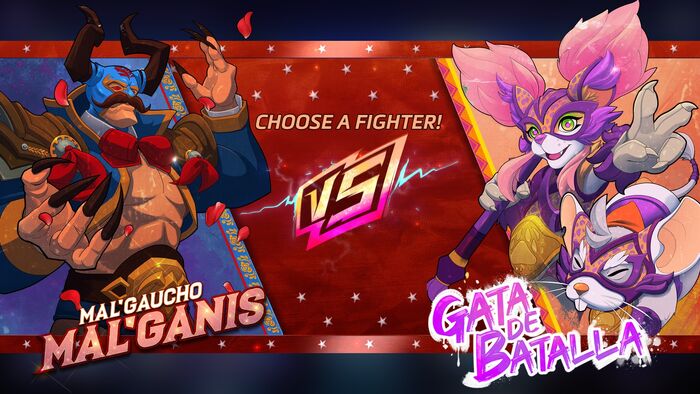 Hear that?! Nexomania is back! Get ready for carnage, because Gata de Batalla Li Li and Mal'Gaucho Mal'ganis are throwing down for the intermultiversal championship belt. WHOSE SIDE ARE YOU ON?