Create 2 Mirror Images that deal 9 damage and have 50% of Samuro's current Health. Images last up to 18 seconds, and only two can be active at any one time.

Mirror Image will remove most negative effects from Samuro. 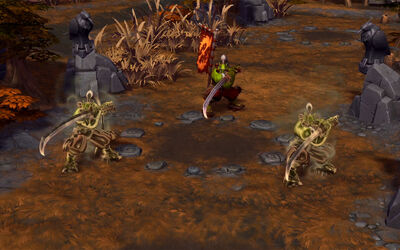 Retrieved from "https://heroesofthestorm.fandom.com/wiki/Mirror_Image?oldid=50410"
Community content is available under CC-BY-SA unless otherwise noted.