Mechas Vs. Kaijos is the unofficial name of the futuristic version of Earth that features an ongoing battle between the mecha and kaijo.

The Mechas are sentient fighting machines developed by humanity to combat the Kaijos, as well the mysterious Xenotech.

Kaijo are a race of creatures that apparently had their origin in Tristram Labs, as the city's government utilized nuclear power. These monsters currently plague the continent of Africa, but have some have been sighted at Neo-Stormwind.

A number of Heroes are from the universe associated with the Mechastorm universe. 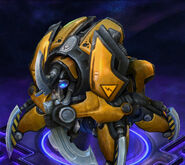 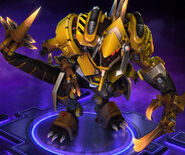 Dehaka as a Mecha 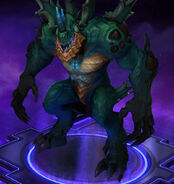 Diablo as a Kaijo 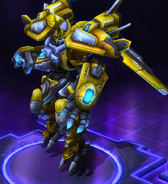 Tassadar as a Mecha 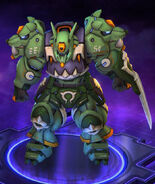 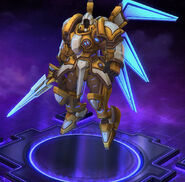 Tyrael as a Mecha

Retrieved from "https://heroesofthestorm.fandom.com/wiki/Mechas_Vs._Kaijos?oldid=50476"
Community content is available under CC-BY-SA unless otherwise noted.