Channel at a target location, creating an area that Silences enemies inside and deals 136 (+4% per level) damage per second to them. Deals 50% reduced damage to non-Heroes.

Does not cost Mana while Channeling, and lasts until canceled or interrupted. 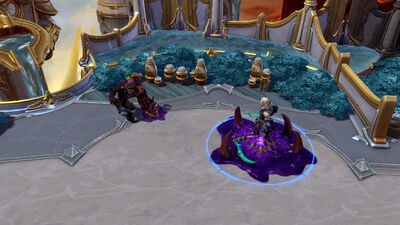 Retrieved from "https://heroesofthestorm.fandom.com/wiki/Lurking_Arm?oldid=50980"
Community content is available under CC-BY-SA unless otherwise noted.