Start a Wiki
"At the start of each year, denizens of Azeroth take time to cherish the wisdom of their elders, and remember a great triumph over an ancient evil. Those who now reside within the Nexus have brought these traditions along, and you can help ring in the new year by joining in our brand-new Lunar Festival event."

The Lunar Festival is an event for Heroes of the Storm, taken from the holiday of the same name from the Warcraft universe, which itself is the equivalent of the Chinese Lunar New Year.

The Lunar Festival has its origins in Azeroth. It was brought to the Nexus by those who herald from that world. During the event, family is visited, and elders are revered. Houses are cleaned of the dirt and grime of the past year. People try their best to pay outstanding debts, and old grudges are settled in order to start the year with a new slate.[1]

Players can complete matches in Versus A.I., Quick Match, Unranked, or Ranked modes, and pick up some new loot. The event kicks off during the week of Tuesday, February 6, and concludes on Monday, March 5, with the following quests. 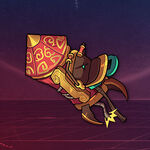 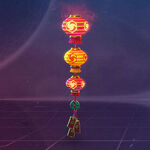 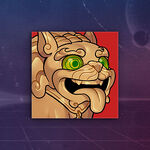 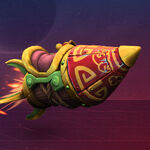 Lunar Skyrocket Mount
Add a photo to this gallery

Each day during Lunar Festival, players would receive a new quest to complete the "Rooster Race". If any players on a team have not yet finished that day’s quest, the Lunar Rooster would appear near the Core before the match begins. Many festive items were also scattered around a team’s starting area. By working together with allies to collect the required items and return them to the Rooster would cause it to advance its position. After returning four items before time runs out the Rooster would cross the finish line, completing the quest. 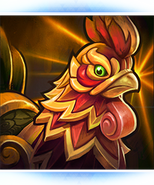 Lunar Rooster portrait
Add a photo to this gallery

A few Heroes are part of the 2017 Lunar Festival Bundle, which contains Monkey King Samuro, Lunar Li-Ming, and the new Nimbus Cloud Mount. A Golden Rooster Mount was added to the in-game shop, and players can add it to their collection for 10,000 gold.

Golden Rooster
Add a photo to this gallery

While the event runs, there is a special quest to complete 25 matches (Versus AI, Quick Match, or Ranked). Completing this event will give players a monkey elder portrait.

In addition, there is a daily quest involving the monkey elder. There is a 50% chance for him to spawn at the beginning of a game whenever someone on the player's team has yet to complete the quest that day.

A number of skins and mounts were released based on the event.[2]

The Lunar Festival was first introduced in 2015, running from January 27th through March 3rd.

Retrieved from "https://heroesofthestorm.fandom.com/wiki/Lunar_Festival?oldid=49458"
Community content is available under CC-BY-SA unless otherwise noted.