Heroes of the Storm 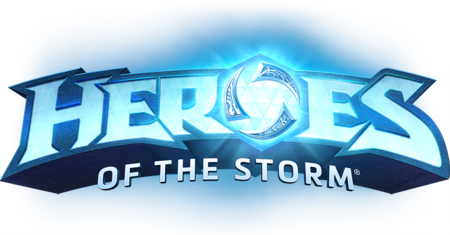 Heroes of the Storm is a Blizzard Entertainment "Hero Brawler" game, initially inspired by the Defense of the Ancients custom map for Warcraft III. The game features Heroes from across the Warcraft, StarCraft, Diablo and Overwatch franchises, as well as original Heroes and Heroes from classic Blizzard games, who are seized by an unknown force and brought together in a mysterious location known as the Nexus to do battle.

Heroes of the Storm is a team-based competitive game in which each player controls a powerful Hero with unique Abilities, and works with his or her team to invade and destroy the enemy team's Core.

Heroes of the Storm has a number of features which set it apart from other DOTA-style games:

Heroes that have been released since June 30, 2015 include:

Characters that have been seen in artwork, trailers, or other previews include:

On December 13, 2018, Blizzard announced that some developers from Heroes of the Storm would be moving to other projects, and that the game would be set up for "long-term sustainability." Blizzard also announced the cancellation of their esports tournaments, Heroes Global Championship and Heroes of the Dorm.[6] Members of the esports community around Heroes stated they were caught off guard by the announcement and had been told as recently as BlizzCon 2018 that HGC would continue.[7]

Heroes of the Storm franchise battlegrounds[]

Heroes of the Storm franchise Heroes[]

There are currently 2 Nexus Heroes in the game, including 1 Melee Assassin and 1 Ranged Assassin.