This is from the Overwatch universe.

Hanamura is a payload battleground introduced with Heroes of the Storm 2.0. The goal is to capture payloads to unleash dragons and assail the enemy core. Deal a total of 8 damage the opposing core to claim victory.

With the 2018 update, the map layout changed significantly. While still a two-lane map, the jungle, merc camps, and objectives were all altered to support the increased emphasis on team fights.

The cores on Hanamura Temple are no longer invulnerable with the update — players now assault them directly. When delivering a payload, these now bombard enemy structures, dealing critical damage.

There’s only one payload to contest in Hanamura Temple, and its pathing will change depending on how far teams have progressed. As teams successfully escort the payload to its various destinations, it will travel along increasingly dangerous paths, before resetting to its original starting location. There are three payload destinations for each team and these dynamic locations make it so that team fights are constantly on the move! Furthermore, turrets acquired from mercenary camps can no longer be placed directly on the payload.

Original map
Add a photo to this gallery 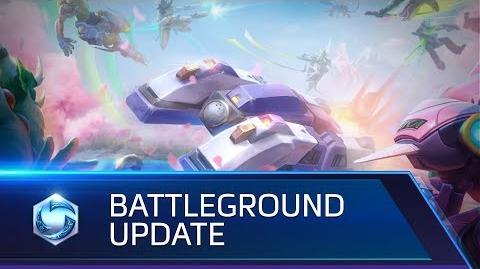 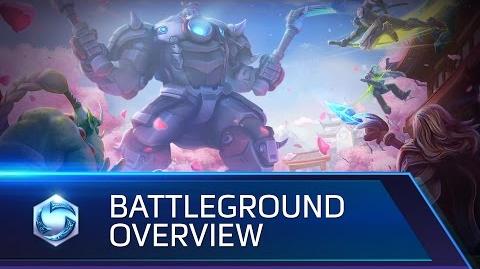 Retrieved from "https://heroesofthestorm.fandom.com/wiki/Hanamura?oldid=53181"
Community content is available under CC-BY-SA unless otherwise noted.