Johanna leaps towards an area. While in the air, she can steer the landing location by moving. 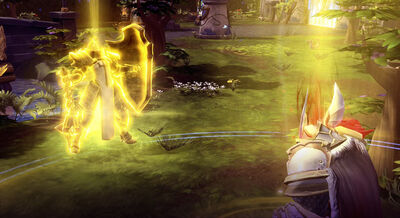 Retrieved from "https://heroesofthestorm.fandom.com/wiki/Falling_Sword?oldid=48320"
Community content is available under CC-BY-SA unless otherwise noted.