Heroes of the Storm Wiki
Register
Don't have an account?
Sign In
Advertisement
in: Pages with non-numeric formatnum arguments, Warcraft, Events
English

Edit
watch 01:36
We're Getting Mutants in the MCU - The Loop
Do you like this video?
Play Sound

The Echoes of Alterac[1] is a Warcraft-themed event in Heroes of the Storm, that began on June 12, 2018. The event adds a battlegrounds, the Alterac Pass; a new heroes, Yrel; eight skins; 53 portraits; 30 sprays; and two mounts. Yrel is available immediately at the start of the event. The event concluded on July 9, 2018.

The event was available for testing on the Public Test Realm starting on June 4, 2018.

As the Alliance and Horde wage war in Alterac Pass, the fate of the Nexus hangs in the balance. Which side will you choose? 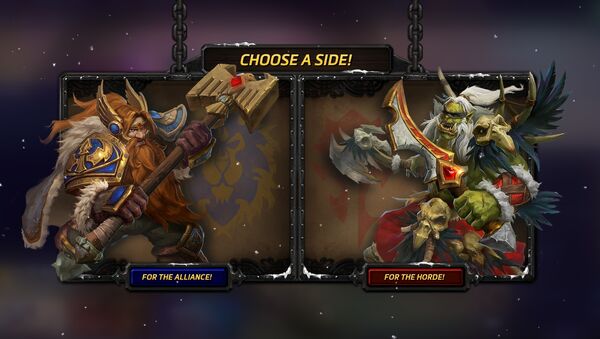 Pick a side in the battle for Alterac Pass and earn special rewards depending on your selection. Choose carefully—once you pick a side, the other questline will become inaccessible. Don’t worry: all Quest rewards will become available in basic Loot Chests next summer.

Play with friends during Echoes of Alterac to earn a 50% XP boost. Rally the troops and get in there!