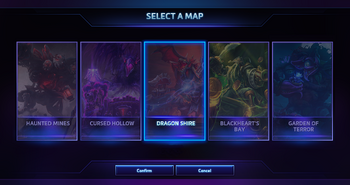 Custom games can be used to set up pre-arranged matches with and against other chosen players. In the lobby, after selecting a battleground, all players will be placed on a new lobby screen which will allow the lobby host to add and remove human or A.I. players, and organize observers and teams much more easily. Once the teams have been set up, the host can then hit the "start game" button to enter hero selection.[1]

Retrieved from "https://heroesofthestorm.fandom.com/wiki/Custom_game?oldid=45513"
Community content is available under CC-BY-SA unless otherwise noted.