This is from the Diablo universe. 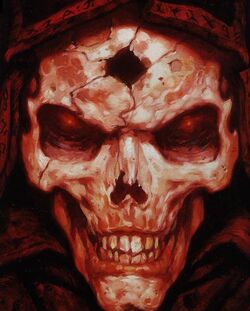 Data exists for Aidan in Heroes of the Storm.[1]

Prince Aidan of Khanduras, later known as the "Dark Wanderer", was the eldest son of King Leoric of Khanduras. Once a warrior, he later became a vessel for the Prime Evil Diablo.

Retrieved from "https://heroesofthestorm.fandom.com/wiki/Aidan?oldid=53076"
Community content is available under CC-BY-SA unless otherwise noted.